Santa Cruz continues to push forward with innovative and pioneering designs. The company’s history of producing bikes that carry their customers to the moon and back is as strong as ever. Electrifying.

Santa Cruz Bicycles was founded back in 1994 by Rob Roskopp, Mike Marquez, and Rich Novak. The first bike they ever made was called the Tazmon and was the first bike ever to enter the market with a full suspension.

The company grew from operating in a space the size of a single garage to being one of the world’s biggest bike companies in the span of a decade. Santa Cruz Bicycles widely excels in the field of mountain biking, especially in Downhill and Enduro racing.

Currently, the company only has two e-mountain bikes in its portfolio. But given their track record of continually innovating, it is safe to say that there’s more on its way. 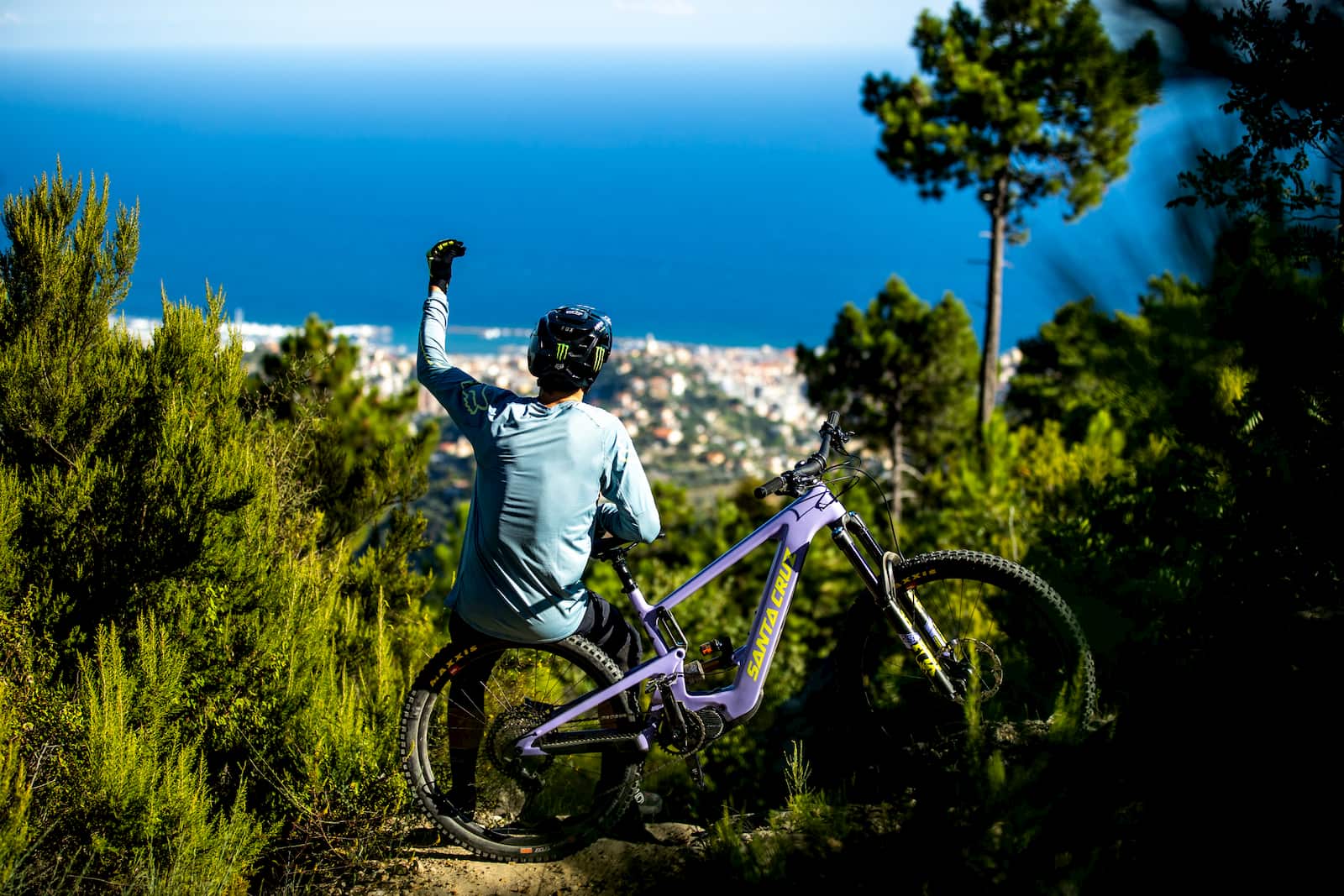 The Santa Cruz built the first-ever bike with a full suspension, named Tazmon back in 1998.

Santa Cruz’s reputation of being highly innovative started in the 1990s. To illustrate, the company created a full suspension bike back when hardtails were the more popular choice. The result was the Tazmon, a single-pivot dual suspension bike.

The company’s principle can be summarized in one sentence.

Building mountain bikes that are simply too advanced for the competition.

True to their words, they released the Chameleon that went on to define hardtails for two decades. In addition, Santa Cruz’s VPP (Virtual Pivot Point) suspension technology was simply unmatched for a decade before competitors started to catch up.

Another area where Santa Cruz excels is the enduring quality of their bikes. With almost 30 years of experience and thousands of hours in research and development, Santa Cruz makes sure that each of its customers receives a top-performing bike. 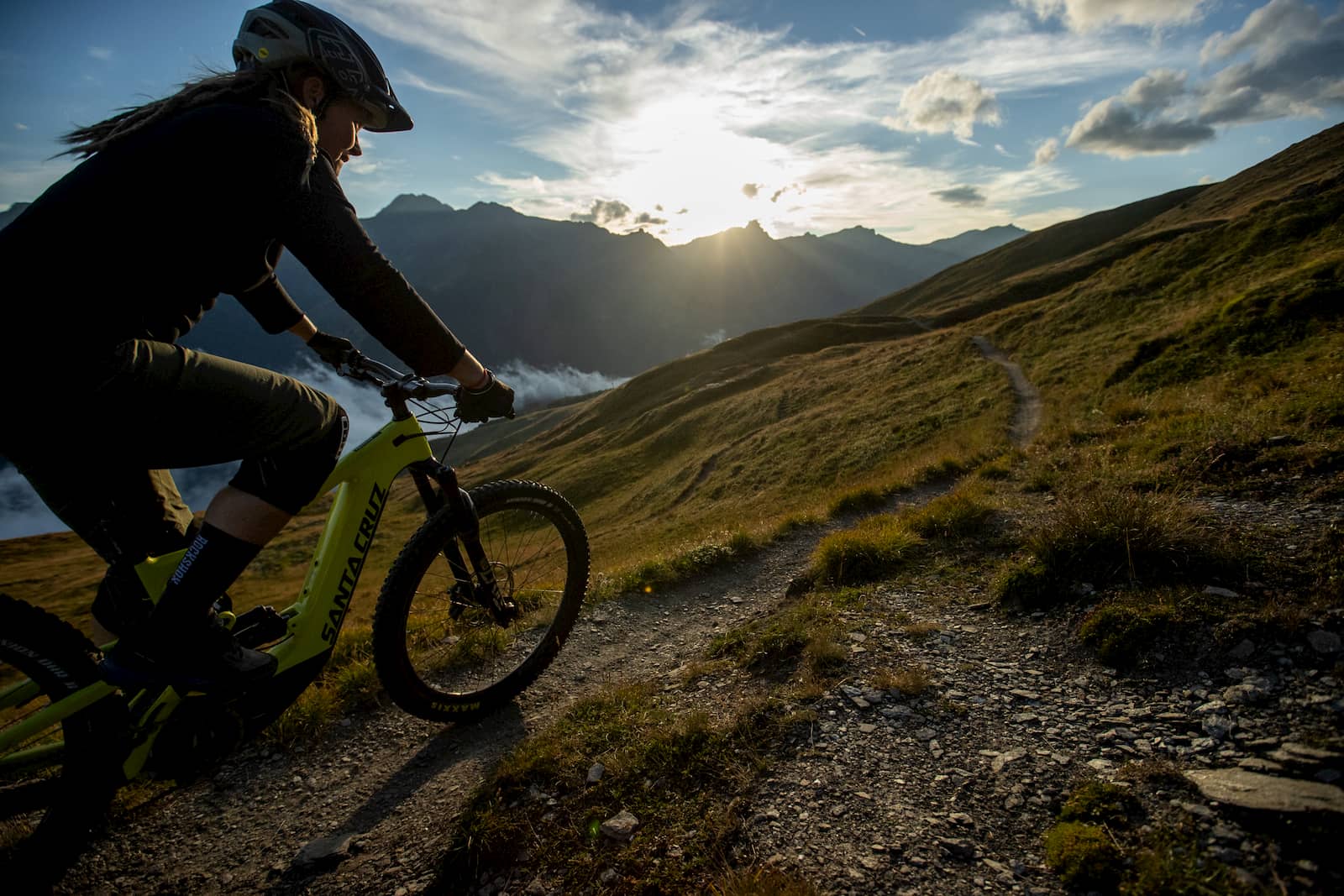 Keeping their principle in mind, their e-bikes are built with a double suspension to improve mountain biking and enduro racing.

It’s no surprise that Santa Cruz quickly rose to the top despite being a relatively new player in the electric-bike game. Santa Cruz has a history of success and innovation, a reputation for being the first to try bold changes to their bicycles.

There’s a lot to like about Santa Cruz, but no one is perfect. Listed out below are some of the best and worst parts of the Santa Cruz brand. 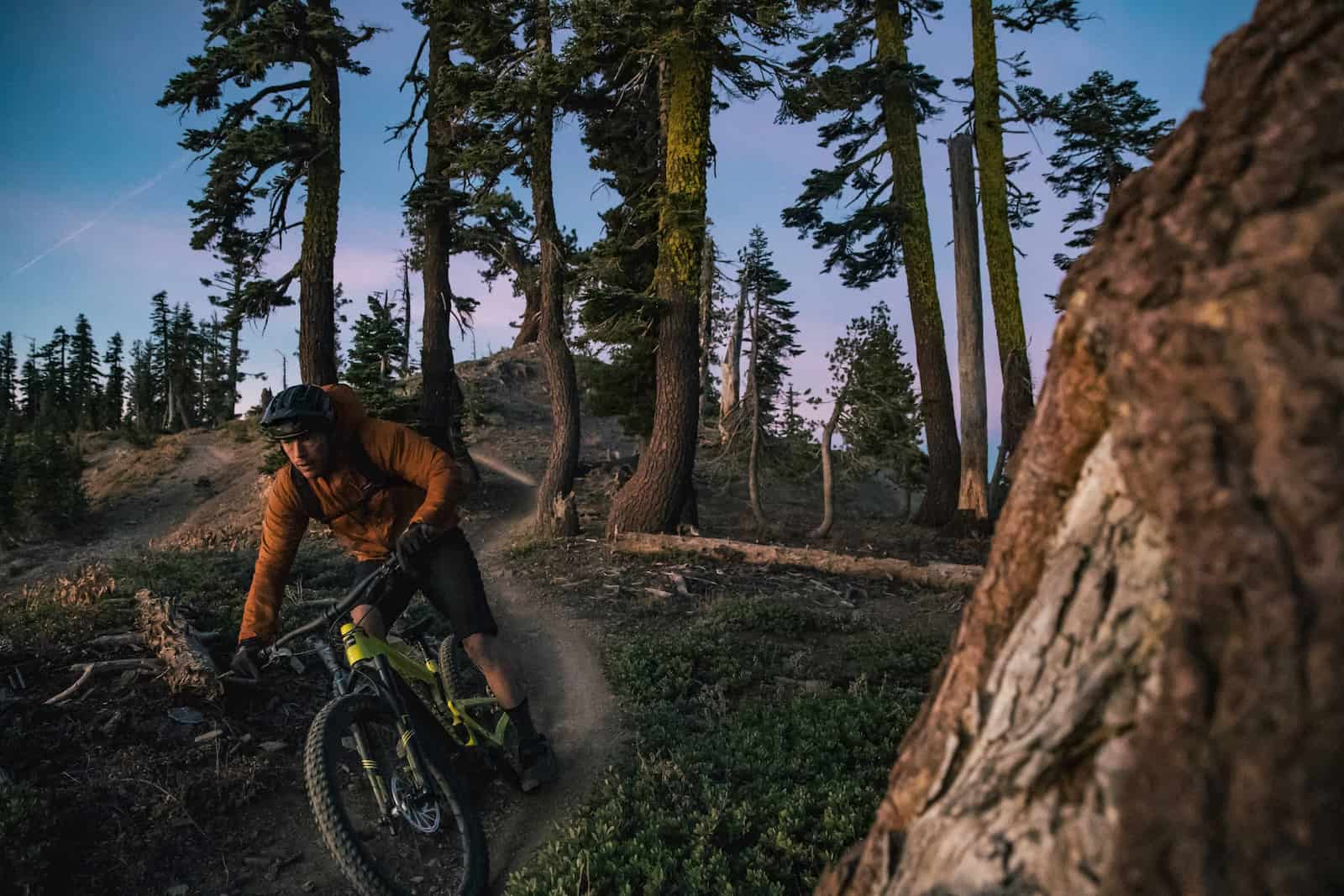 Santa Cruz has just entered the e-bike market but has rapidly risen in popularity due to its high-quality e-bike and famous reputation.

Santa Cruz has a whole lot to offer the sport of mountain biking. Currently, they only have two variants of e-bikes in their portfolio. Considering that their first entry, the Heckler, only came out in early 2020, we’re confident that they’ll be ramping up on e-bike production soon. 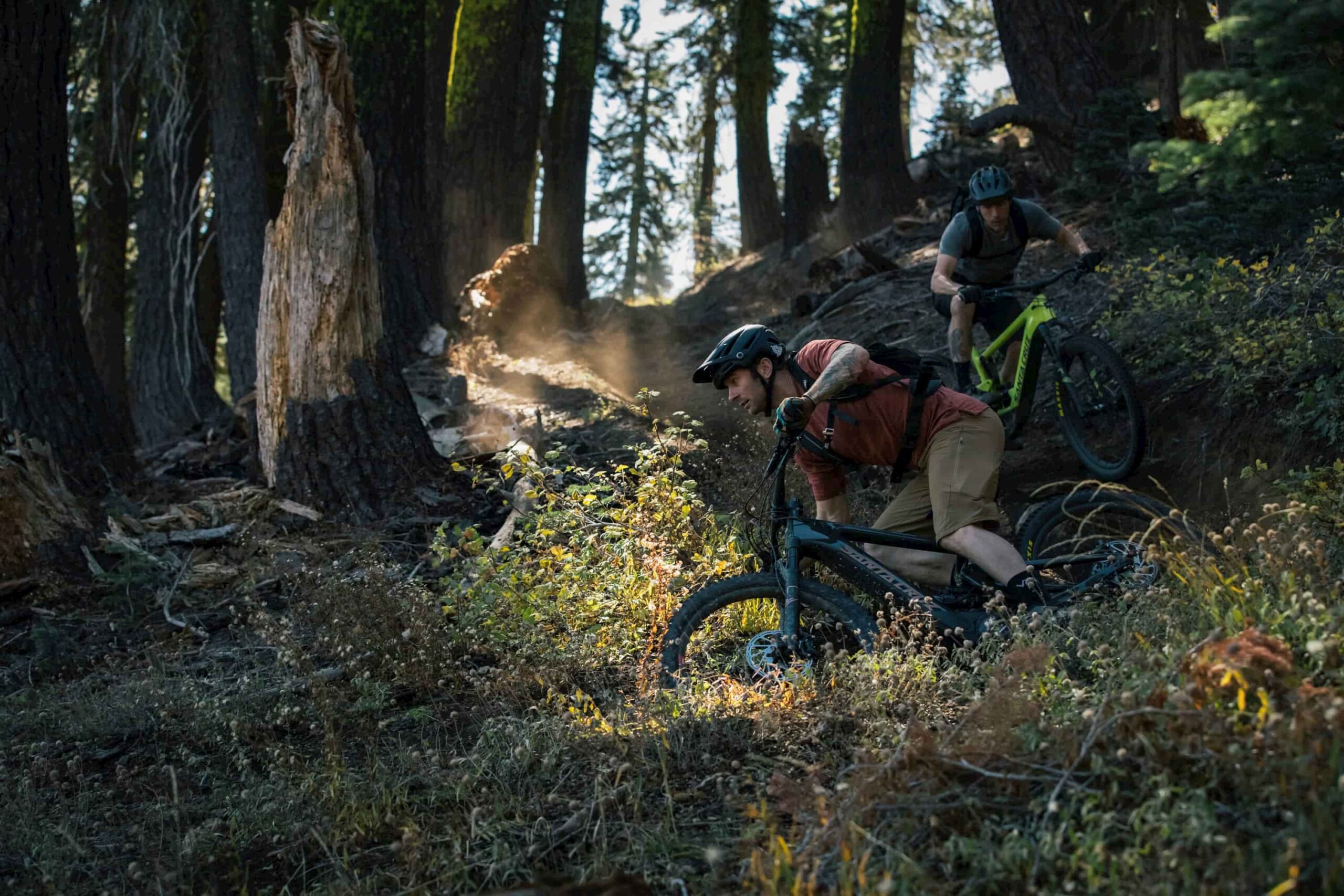 At the moment, Santa Cruz bikes are mostly composed of conventional mountain bikes, 16 of them in all. The exceptions are the Stigmata, which is a Gravel bike, and two e-mountain bike variants.

Santa Cruz made sure to integrate their original VPP suspension design in their e-bikes, which ensures an efficient and comfortable downhill ride even with the most rugged terrain. It is also fine-tuned to a lower anti-squat configuration to allow for continuous pedaling while seated when you’d normally assume a standing position.

The esteemed bike company also made sure to utilize carbon CC frames to its e-bikes for a more durable bike. Carbon CC is rigid and light, thus making the ride up and down the trail as effortless as possible.

Santa Cruz utilizes Shimano’s STEPS components. This means that you will have no trouble with all your crucial electrical components such as the battery, power button, controllers, and charge port as it is up to a world-class standard. 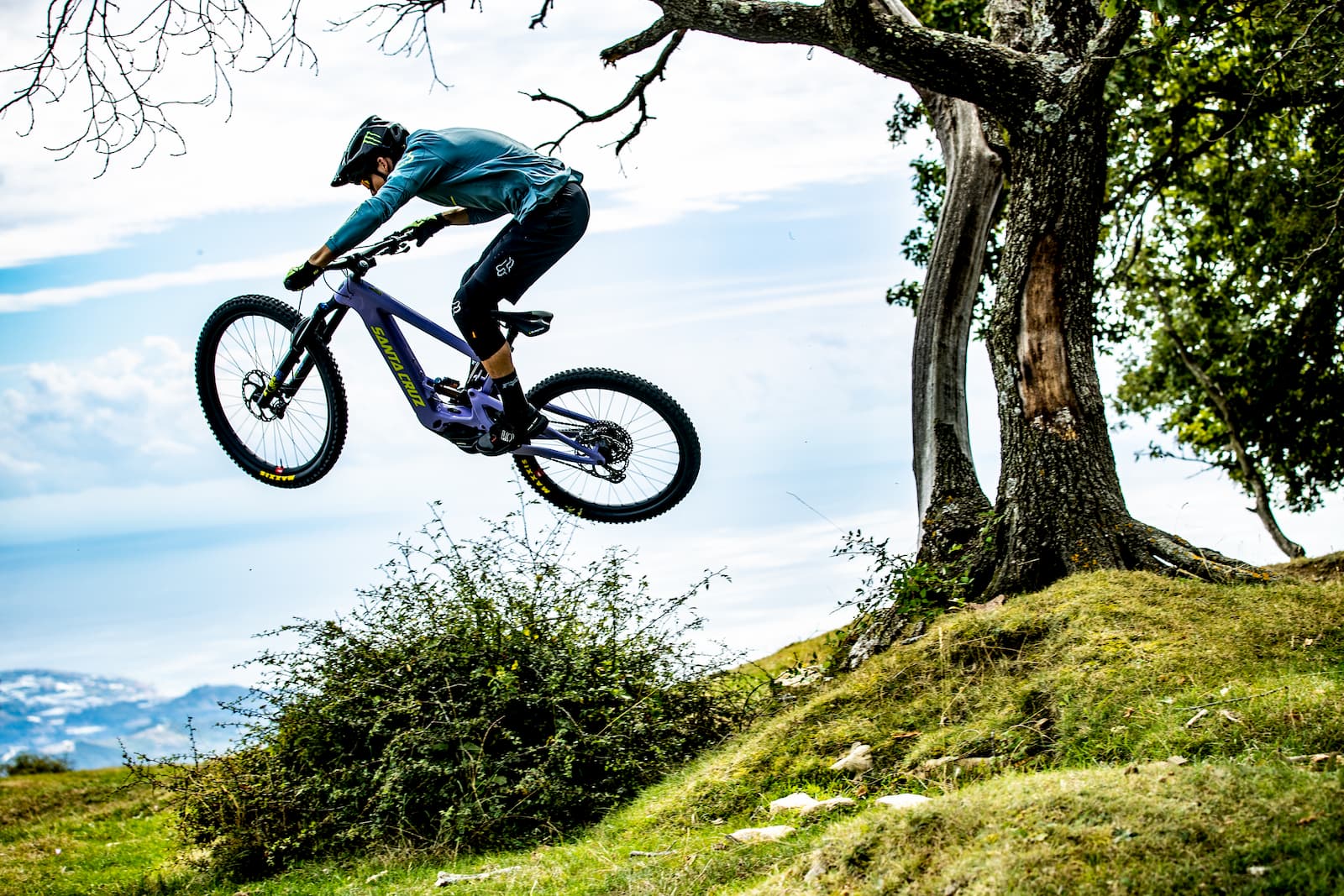 Since Santa Cruz assembles their bikes themselves rather than outsourcing the task, their customers are guaranteed a quality bike.

Santa Cruz’s mantra has always been to simply build bikes that are too advanced for the competitors to cope with. Just take a look at their VPP suspension design that took almost two decades for their counterparts to figure out.

Another aspect that sets Santa Cruz apart from its competitors is that they assemble the bikes themselves before sending them out to its customers.

They could have easily skimped on this, but assembling it themselves is a testament to the quality that this brand has upheld for years.

On top of that is their strong lifetime warranty program that covers not only the frames but also the bearings. While Santa Cruz’s bikes are built with strength and reliability in mind, the warranty is the icing on the cake. A lifetime warranty? It’s a no-brainer.

If there are still questions that linger on your mind, then maybe this section will help you out. We have listed down some of the most frequently asked questions regarding Santa Cruz bikes.

Santa Cruz Bikes fabricate their frames in China and Taiwan, but the assembly occurs in Santa Cruz, California before being shipped out to each customer. Santa Cruz’ other components, like the motors, are outsourced from Shimano.

Santa Cruz mostly makes mountain bikes. As of the moment, they have 17 bikes, including two variants of electricity-assisted bikes and one gravel bike.

As per their name, Santa Cruz Bicycles is based in Santa Cruz, California. However, they cater to customers and patrons all over the world.

Santa Cruz takes about five to seven days of processing during its peak season. The quoted price for continental shipping is $29.95 with the help of UPS. However, the delivery method can change depending on the logistics of the customer.

Standard shipping time takes five to ten business days within the Continental US. However, International orders typically take somewhere between three to five weeks to arrive, depending on destination and customs processing.

Standard shipping time takes five to ten business days within the Continental US. However, International orders typically take somewhere between three to five weeks to arrive, depending on destination and customs processing.

Santa Cruz bikes are expensive and some may call them overpriced. Purchasing a Santa Cruz bike is also a social statement, but you get a lot of benefits, an assurance of quality, and a lifetime warranty make it quite worth it.

Although this question has been asked for a long time, Santa Cruz has already made an e-bike. They currently have two e-MTB models in their shop.

Bottom Line — Who Are Santa Cruz E-Bikes For? 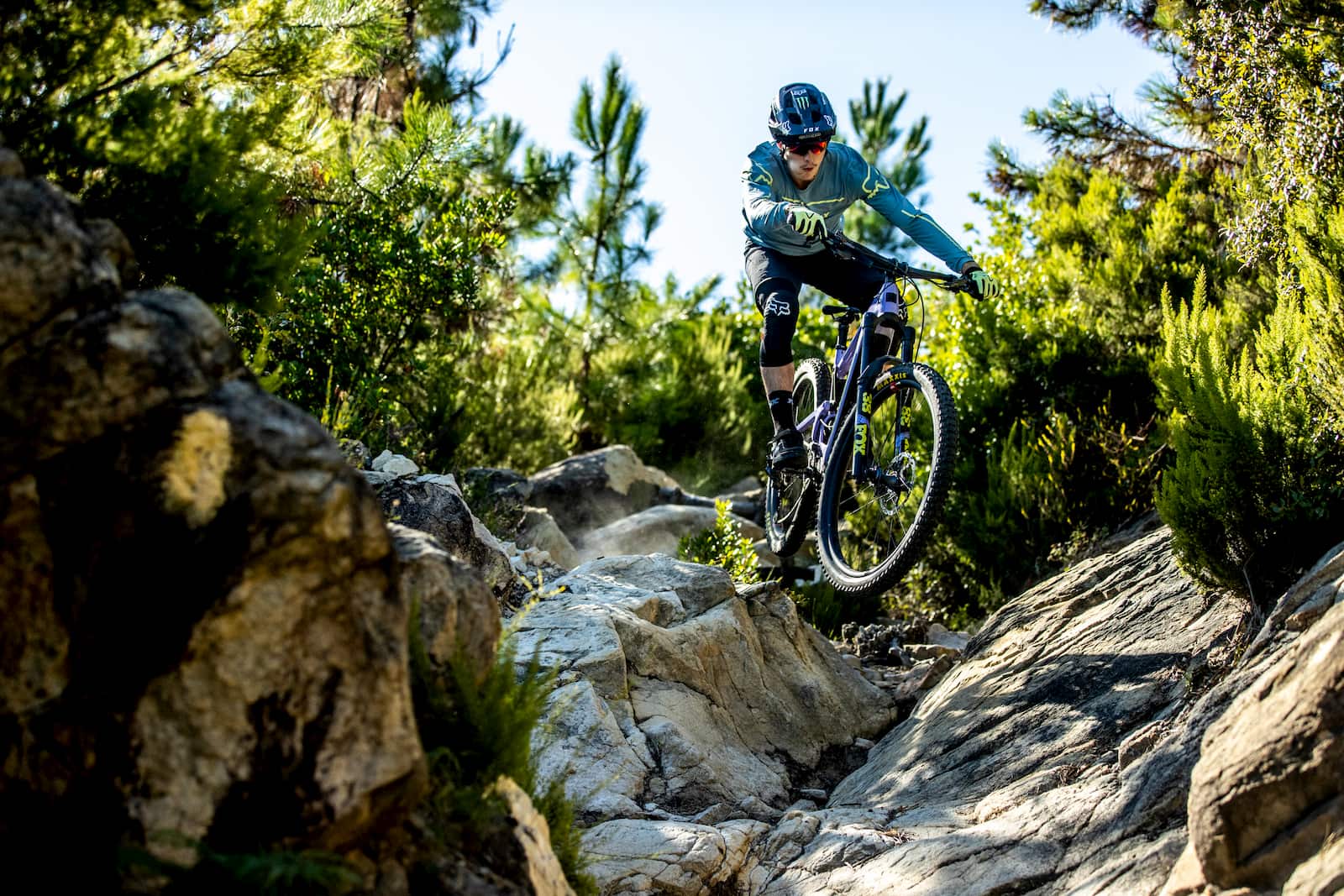 All in all, Santa Cruz’s e-bikes are catered for those hard-core mountain bikers that need that extra push in scaling steeper slopes. It is also perfect for those who are looking for extra speed on a mountain trail to get a more exhilarating ride.

Those who go on leisure cruises around the city will find Santa Cruz electric bikes, suitable companions. These Type 1 bikes have no throttle and can go as fast as 20 mph using pedal assist. This means that going on an errand takes less energy from you.

Buy on Backcountry.com     Buy on evo.com

Santa Cruz e-bikes are geared towards mountain bikers. This brand is a staple to the sport and has been one of the forefront companies for mountain biking innovations and competitions.