Have you tried an electric bicycle?

There are many e-bikes to choose from nowadays, but the perfect choice for all-around reliability and performance is the Ride1UP 500 Series. This is the original, best-selling e-bike of Ride1UP that is popular for those who are looking for an emission-free and energy-efficient mode of transportation.

Why is it popular?

Firstly, its lightweight frame is very comfortable to ride over long distances. Secondly, improvements have been made to make it one of the best all-around e-bikes in 2021. Thirdly, the cost is extremely affordable for commuters who want a budget electric bike that performs well for a long time. The 500 Series was already amazing last year, and Ride1UP managed to make it better.

The 500 Series starts at $1,295, which can be considered a steal considering the number of high-quality components used in this e-bike. For less than two thousand dollars, you get a Class 3 electric bicycle with up to 20mph throttle and 28mph pedal assist. If that’s not good enough for you, then keep on reading.

Here are the basic specifications of this e-bike: 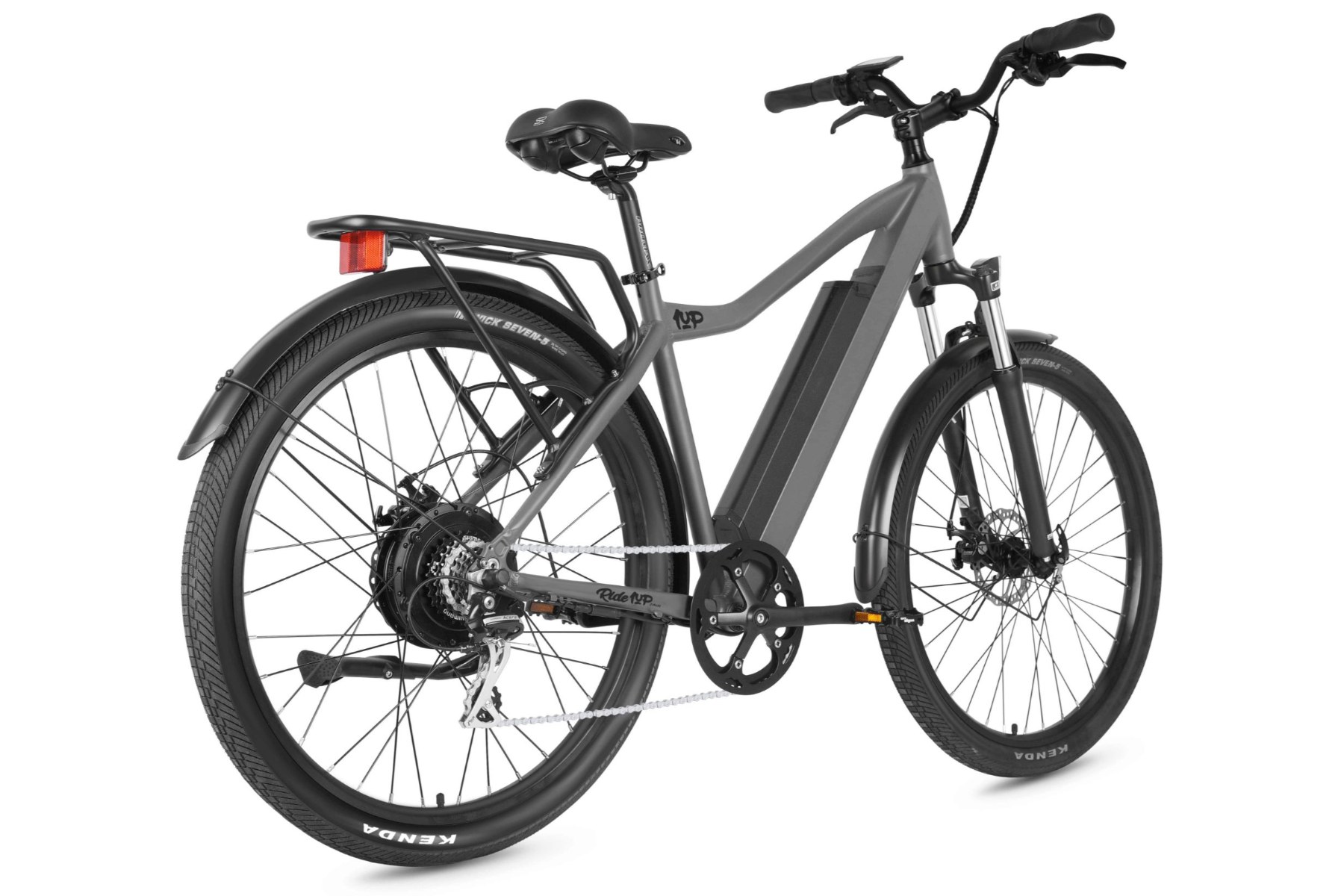 The ST variant of the 500 series was built with excellent geometry for a smooth and enjoyable riding experience.

Why ride an e-bike if your body ends up sore all over the place? Riding a 500 Series e-bike takes little to no effort because it’s made of a 6061 Alloy lightweight frame. Weighing only 45 pounds, it’s lighter than most high-end e-bikes without sacrificing performance.

The frame is also tough enough to protect the bike’s internal electrical components, which are well hidden and integrated seamlessly. For the rider’s seating comfort, this e-bike uses a Freeway Plush Comfort from Selle Royal.

With a maximum carrying capacity of 275 pounds, the 500 Series can haul your bags without sacrificing significant speed.

The 500 Series e-bike comes in two frames: ST and the XR frames. Both frames have the same performance and internal components, but they vary in dimensions. The ST handlebars have a reach of 18” and a height of 40”. Compare that to the XR frame whose handlebars’ reach and height are 24” and 42”, respectively. As for the height range, anyone who’s over 5’1” but not taller than 6’4” can easily ride either frame.

In other words, the 500 series is suitable for the average-sized rider. The ability to choose between the ST and XR makes the 500 Series one of the most versatile choices for new and veteran e-bikers alike. 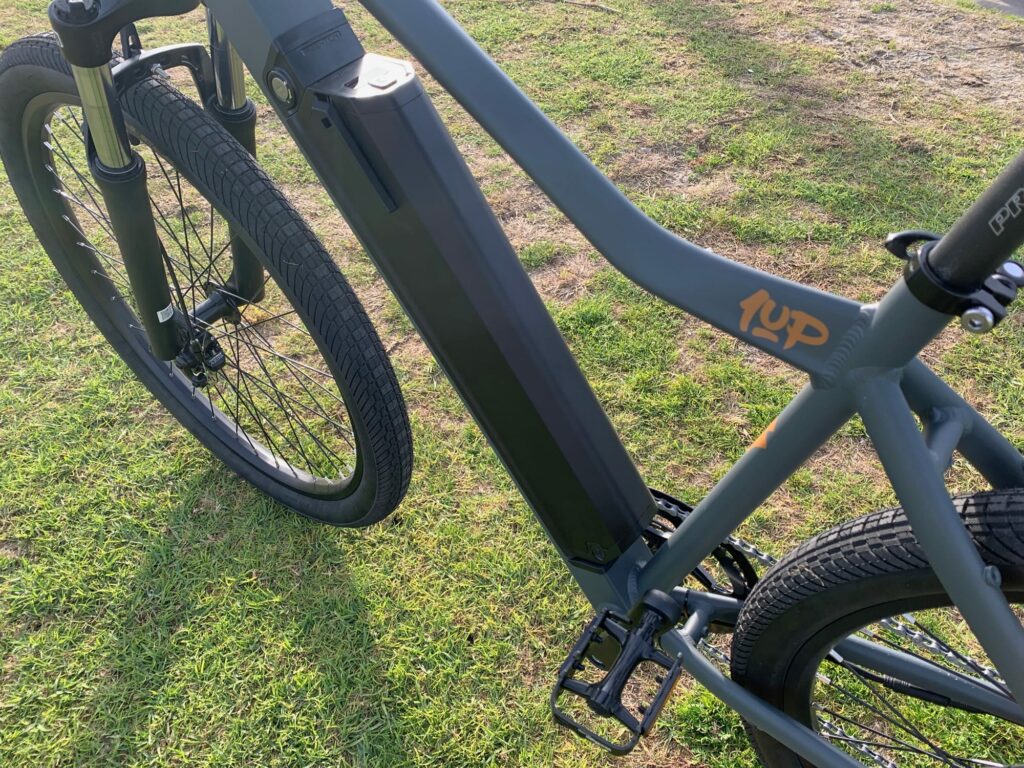 Unless you’re traveling at the maximum speed of 28mph, a fully-charged 500 Series e-bike can take you up to 45 miles away from wherever you start pedaling.

That’s enough mileage for back-and-forth trips between your home and workplace, unless you live in Sydney and your office is in Melbourne.

The 500 Series uses a 48V 13AH Reention Dorado ID Plus battery with LG cells. It includes a Smart BMS system that protects the battery from overcharging. The 500 Series’ battery offers tremendous range, especially for the price point it’s being sold at. As long as you don’t abuse it at max speed, you don’t have to worry about running dry in the middle of your commute.

You only need one key to operate the battery, but buying a 500 Series e-bike gets you one extra key in case you misplace it. Thankfully, if you lose both of them, Ride1UP offers a stellar experience with its customer service—so they should sort you out pretty quickly.

500 Series e-bikes use the 48V Geared Hub Shengyi Motor that puts out 56nm of torque. If you translate that to non-technical terms: the motor is great. It has a maximum power assist of 28mph, making it a Class 3 e-bike. Riders can adjust the gears in 5 different levels through an LCD display.

Pedaling the bike without the motor is easy enough thanks to its lightweight frame, which isn’t something other generally heavier e-bikes offer. It surely could’ve been built to run faster than that, but e-bikes are mandated under law to operate within a speed limit for safety reasons. 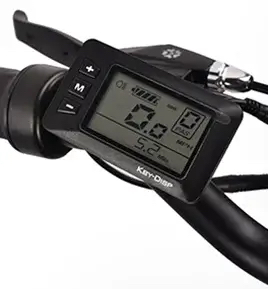 Now you know what the bigger parts of the 500 Series look like, it’s time to discuss the smaller details.

The components, especially the electrical ones, are the very definition of getting your money’s worth.

Good luck finding another e-bike in this price range that houses these top-quality components.

You can find the KD21C LCD between the handlebars, which acts as the primary display for all the stats on your 500 Series. From here, you can control the LED headlight, shift gears, and adjust the pedal assist levels of your e-bike. There’s also a built-in odometer because you can never be too particular about how far you’ve traveled. 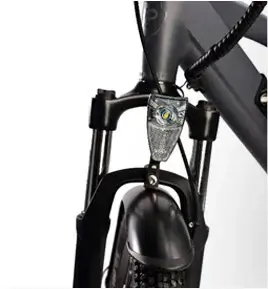 Those are all high-level components for an e-bike that falls under the mid-level price range. You won’t find another high-performance e-bike worth your money anywhere else. 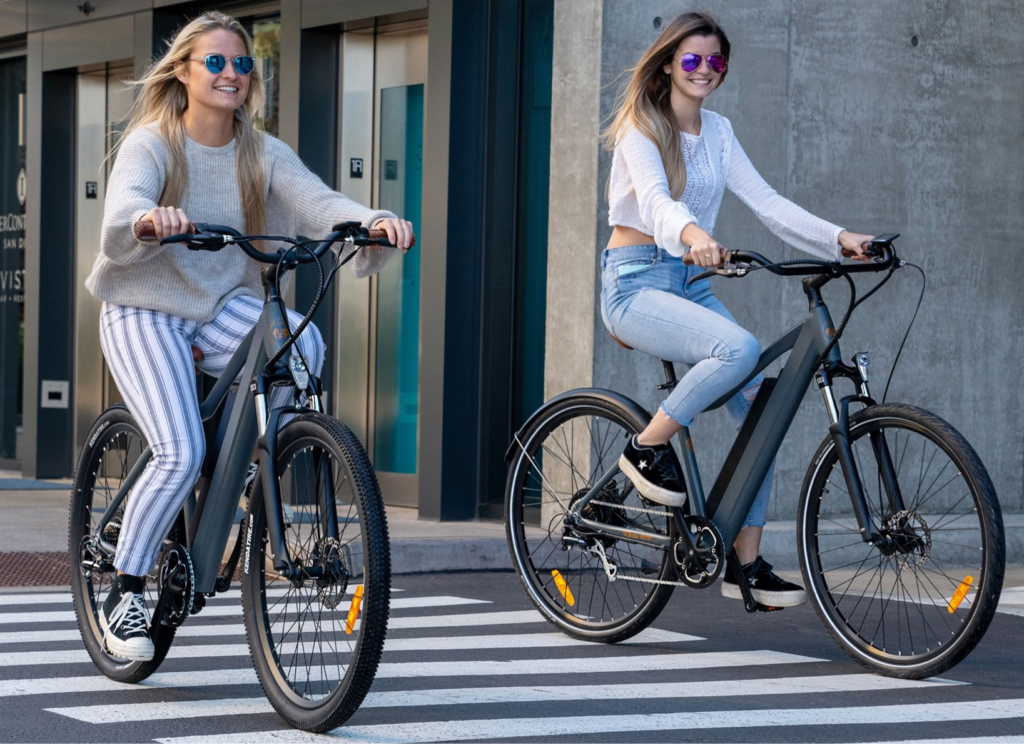 It is made for the city, perfect for commuting to work

The 500 Series is best for people living in the city who want a reliable mode of transportation that produces no emissions. Its external parts were designed with durability in mind, so riders won’t have to worry about having their e-bike breaking down in the middle of their commute. The 500 Series uses a pair of Kenda Kwick Seven.5 27.5″x2.2″ tires that have K-Shield puncture protection.

These tires are thick enough to withstand wear and tire from traveling on city roads for a long time.

Although the 500 Series best performs as a city e-bike, many customers also loved its reliability when traveling over hills and along the beach. The 500 Series may be cheaper than other models, but there’s no denying its value performance-wise, and those who tried riding this e-bike can attest to that. 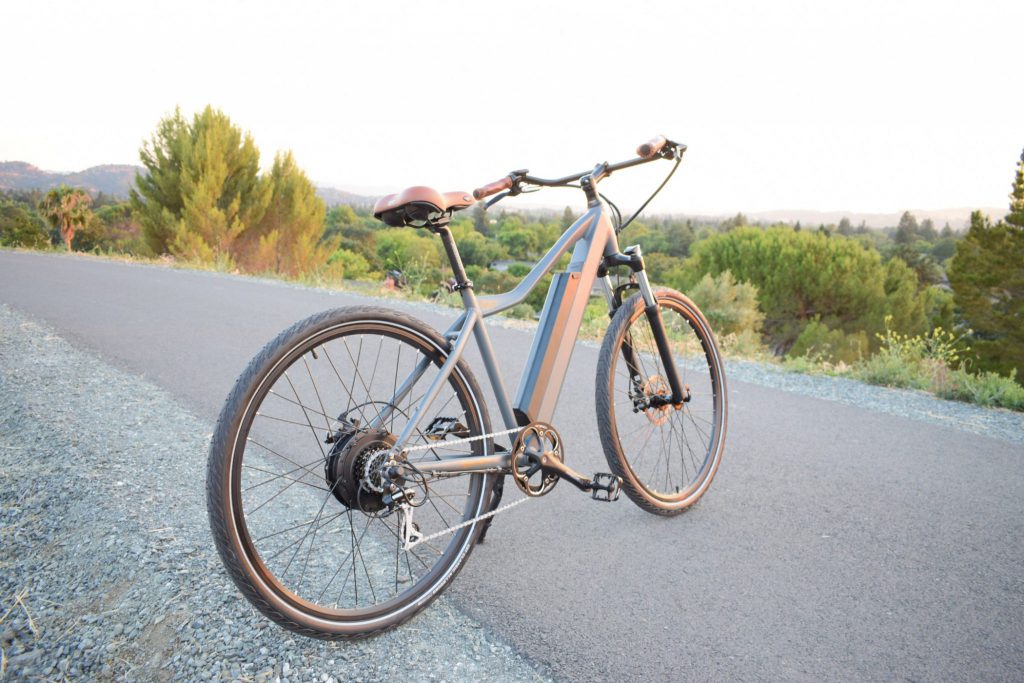 The 500 Series is easy to assemble

Only the electronic parts of the 500 Series are pre-assembled upon purchase. You need to manually install the front tire, front fork, pedals, crank arm, and seat. If you added $100 for the rack and fenders, you have to assemble them too. Not much work is needed because installation only takes 1-2 hours with the right mindset.

For those that require assistance, Ride1UP has an assembly video on their website that is easy to follow. Customer service is very responsive for those who have concerns regarding the set-up process.

Yes, there is an option to buy upgraded batteries for the 500 Series e-bike. However, they have to be purchased separately from the standard 500 Series package.

No. The 500 Series e-bike may not be waterproof, but it has an IP-65 rating for water resistance. Sadly, you can’t take this bike for a swim. It can still function well when exposed to rain though.

Unfortunately, no. The 500 Series e-bike is only available for shipping to addresses in North America. Free shipping applies to those who live in the continental United States.

The 500 Series does get up to 28mph easily, but you’ll want to avoid carrying too many heavy things or going uphill. Unless you’re running away from the emus, pedaling on max speed may not be a necessity.

The 500 Series is the most popular e-bike of Ride1UP.

Customers are pleased by its performance on paved roads, while some even praised the e-bike’s handling over elevated or uneven terrain. Positive feedback was also given for the ease of assembly. A few customers who are in their elder years found the 500 Series easy to operate even at their age.

Overall, the customer reviews for the 500 Series have been overwhelmingly positive due to its fast delivery, easy assembly, and great value for its price.

Related: Our review of Core 5 model

The majority have spoken: give the 500 Series a try. If you’re on a tight budget but still want a high-performance e-bike, then this is the product just for you.

The simple, sturdy design coupled with reliable performance ensured that the 500 Series will continue to hold the reputation as one of the most popular budget electric bicycles.

Now stop reading and start buying, so you can finally do some riding.

Be the first to review “Ride1UP 500 Series Review” Cancel reply

Ride1UP’s 500 Series is made to be affordable without sacrificing performance. Here’s a quick summary of all the impressive features that this affordable e-bike has to offer.